A downloadable game for Android

☑ The real turn-based strategy for smartphones
This is not another boring clicker, tower-defence or annoying farm. Plan, build, craft, fight and explore the world. We do not pursue trends - Griblers is a tribute to the strategy and RPG classics!

☑ City-builder
Restore an abandoned town – the ruins of an ancient civilization. This may not be as big as in classic turn-by-step strategy and role-playing games like HMM or Civilization, but it’s perfect for unhurried gameplay on the touchscreen :)

☑ Exploration
Explore the map of The Everwoods. The mountains are rich in gold and sapphires. Fertile fields provide grasses and food. Dense forests are ripe with wood and precious acorns. Scorching deserts are rich in valuable sand. Everywhere there are secrets to attract an experienced RPG adventurer...

☑ Battles
The local inhabitants you'll encounter are not happy with their new neighbors. To battle them, you will need weapons and magic potions. You will need to craft these in the workshop according to ancient recipes.

☑ Craft
Improvise to make your first simple tools, then progress to crafting more complex tools to ensure your survival in the wilds of The Everwoods.

☑ Turn based tactics
The game will become progressively more difficult – you will face new enemies, while the old ones remain familiar and safe. As in any RPG strategies, you'll level up your griblers through building the town. As they level up, your griblers gain new skills and improve their strengths. Don't be fooled by simple graphics – you'll find a challenge for both fans of classic role-playing games and TBS strategy classics like Heroes of Might & Magic or Civilization. Very often you will have to think 10 moves ahead – stave off danger from Squashy, lead Croxy, explore the fog of war with Rusty...

☑ Random events
Random events make the gaming experience more diverse – you may run into a sudden treasure chest or even an old witch. If you're lucky, you might even find seven-league boots. But not everyone has this much luck...

☑ Original Setting
Griblers are unusual creatures, mushroom trolls, who are indigenous inhabitants of an area called The Everwoods. We did not copy tired, classic fantasy with dwarves and elves. Instead, you will plunge into a new world with unique characters, funny dialog and unusual gameplay.

★And the most important thing...★

☑ Classic offline strategy gameplay with no ads or p2w
We both are working on this game alone, so Griblers is a pet project, not aimed at getting money out of players. There is no annoying advertisement at every step or pay-to-win tactics. The gameplay is built in a way to make you enjoy the strategy game, without having to watch the same ad a hundred times for things you don’t really need.

Of course not everyone will like the game, as it has no vulgarity, blood, or violence. It's not an Action game. It's a TBS strategy with elements of RPG and tactics. The gameplay is not a simple copy of the PC analogues. We tried to make it comfortable to play on your smartphone or tablet. That’s why we spent a lot of time designing the interface specifically for touchscreen.

We hope you enjoy our simple funny strategy. We are always ready to discuss the intricacies of the walkthrough with players, to give hints in difficult situations and are open to any suggestions on game improvement.

★★★So, are you ready for an adventure?★★★
Spring comes in The Everwoods, and griblers Croxy, Squashy, and Rusty decide to go back to their ancient homeland. Help them to defeat the enemies, restore Hardwood and bring back former glory.

StickyAny questions?
by drbrick · 77 posts
139d
Winterella
by Intalek20s · 2 posts
1y
Another character
by Ragnedite · 1 post
2y
How do you make a pick
by Kirsty90 · 2 posts
2y
We have released the achivements for griblers!
by drbrick · 1 post
3y
Post a new topicView all posts 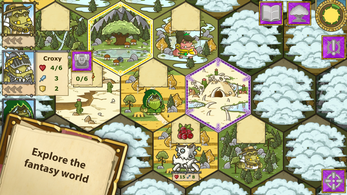 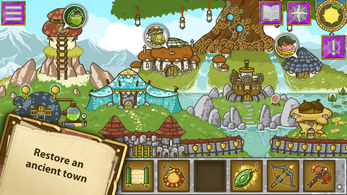 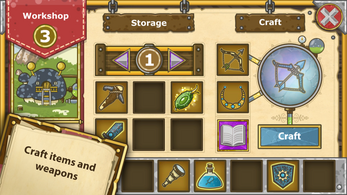 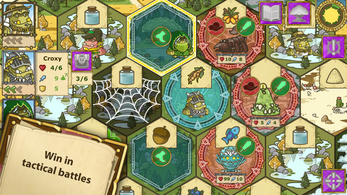 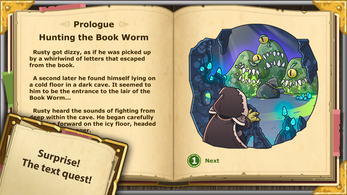